Three adults and a teenager are dead and a 20-year-old man is in custody following a single-vehicle crash involving five pedestrians Sunday evening in northwest London, Ont.

Emergency crews were called to the area of Hyde Park Road and South Carriage Road around 8:40 p.m. Sunday after reports of several pedestrians struck by a vehicle.

Police tell us that two youth victims were transported to Children’s Hospital at London Health Sciences Centres (LHSC) while two adults were taken to University Hospital.

An adult woman was pronounced dead at the scene while the teenager and two adults later died at hospital.

One child remains in hospital with serious but non-life threatening injuries.

The ages of those dead and injured has not been released.

“I was coming home from the beach,” said a witness who only wishes to be identified as Natasha.

“We saw cars stopping and the first thing we saw was something moving on the corner … when we got closer we saw a kid with black hair.”

Natasha explained in that moment she shielded her young daughter’s eyes as she and her husband noticed two more people lying on the ground.

“My daughter was really impressed with the (child), she was saying when we were home: the (child) was crying mommy, and it’s dark now.” 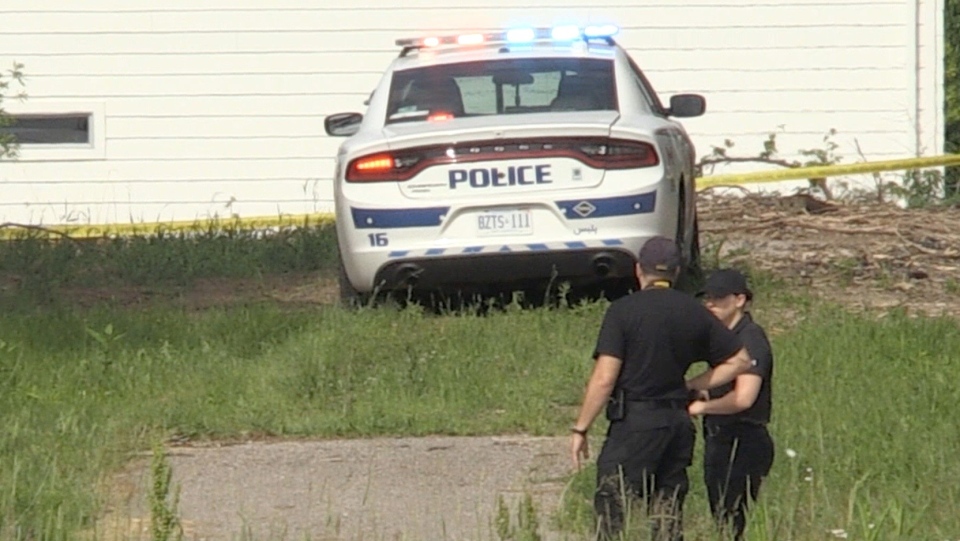 Const. Sandasha Bough tells us a 20-year-old London man was arrested near Cherryhill Mall and no other suspects are being sought.

Bough says it is too early in the investigation to determine if alcohol or speed were factors.

Major crimes has been called in to investigate.

This is the most recent deadly crash involving pedestrians in Ontario. On May 16 two young children were struck and killed in Vaughan, Ont. while playing on their drive way.

Ontario premier to announce today if schools will reopen in June