An Ontario family that was charged $3,458 to stay in a quarantine hotel in Toronto after returning to Canada from a funeral are vowing to fight the bill they call “price gouging at its best.”

Cristine Teixeira arrived back in Canada, along with her brother and daughter, on Feb. 27 after spending about a week in Portugal to attend her father’s funeral.

She said it was impossible to get any answers about the hotel quarantine program while overseas and wasn’t able to book a room until she landed in Toronto.

Teixeira asked officials in Toronto if her family could be exempt from the hotel program for compassionate reasons but her request was denied. She said she was told to call the nearby Crowne Plaza Hotel to book a room.

She said when they called, they were told the price would be $369 per night and booked a room with two queen beds.

“When we got there to check in, all of a sudden our price went up from $369 per night to $769 per night plus tax,” Teixeira told us earlier this week. “They knew there were three of us. They didn’t give us the right information.”

With all taxes and additional fees included, Teixeira’s credit card was charged $3,458 to stay in the hotel between Feb. 27 and March 1.

About 15 hours later the three family members received negative COVID-19 test results, which allowed them to leave the hotel and complete their quarantine at home. At which point Teixeira said the hotel refused to refund them for the remaining two nights. 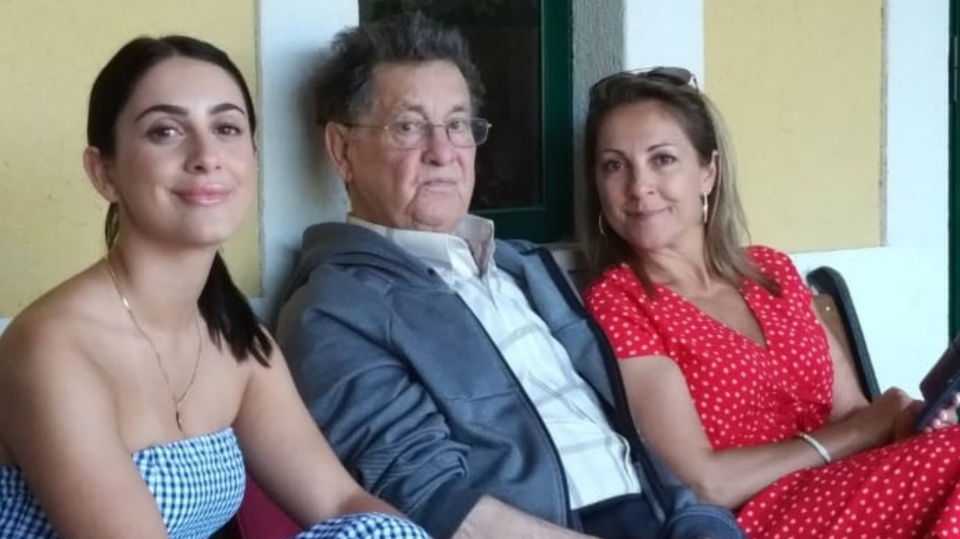 Teixeira said the rate for the same room would have been $179 for three people if they had walked off the street, adding that there was “no special care given because we came from the airport.”

Guests staying in the hotel quarantine program are provided with three meals per day for the duration of their stay.

Speaking to us on Wednesday, Teixeira said they are doing everything they can to fight the charges, including filing a dispute with their credit card company.

Adding to the confusion and anger, the family has also received a bill from the hotel stating that the total charge for their stay is $2,453, which is about $1,000 less than what has appeared on their credit card statement.

“My brother has tried to work out the whole situation with the hotel,” Teixeira said. “The person that he was talking to couldn’t explain the difference of between the bill and what was charged. They said I’ll have the manager call you.”

Teixeira said the hotel manager has still not contacted them since they checked out. 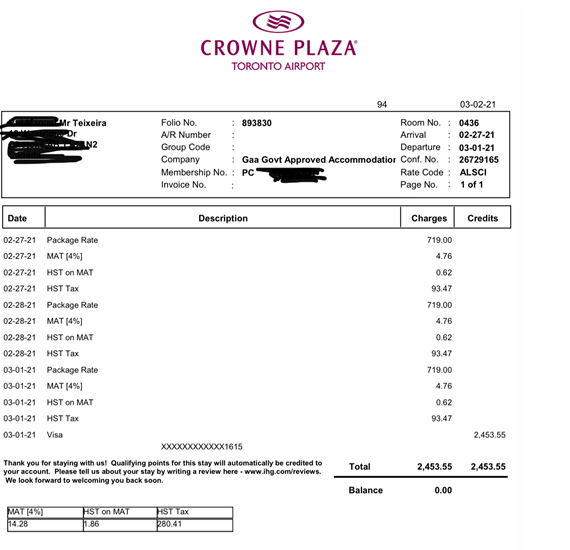 She said they have also reached out to their local Conservative MPP Lindsey Park, who referred them to their MP, who is Erin O’Toole, but have not received any answers.

They also plan to file a report on the Ontario government’s “Report price gouging related to COVID-19” website.

A spokesperson for IGH Hotels and Resorts, which owns the Crowne Plaza Hotel, told us Toronto that they couldn’t comment further on “individual bookings” but said they are “aware of this matter and have been addressing with the hotel.”

We contacted IGH Hotels and Resorts again on Wednesday for an update but has not received a response.

Second doses of COVID-19 vaccines can be given up to 4 months after first, NACI now says