The government has been pumping money into the economy since March, to mitigate the effects of the pandemic.

It is the largest deficit, when compared to the country’s GDP, since World War Two.

About a third of the workforce is unemployed, and the economy is expected to shrink by almost 7% this year.

The projections were released Wednesday as part of the government’s fiscal “snapshot”, in lieu of a budget.

“As we measure the cost of helping Canadians, we shouldn’t forget that the cost of doing nothing would have been far more,” said Prime Minister Justin Trudeau during a press briefing before the snapshot was unveiled.

In order to pay for the increased spending, the government expects to take on $1.2tr in debt, up from about C$768bn.

The government typically presents an itemised budget every March, but the budget for the 2020/2021 fiscal year was delayed because of the pandemic.

Wednesday’s snapshot did not provide many details on how the money would be spent.

“Uncertainty is inherent in any forecast. However, in the current context, uncertainty is magnified to unprecedented levels. In addition to recovery being driven by public health outcomes, it may not follow historical patterns – crises can have a profound impact on economies that lead to permanent change,” the snapshot noted.

The government did indicate it would expand the wage-subsidy programme, which helps employers top-up wages for workers who have had their hours reduced. 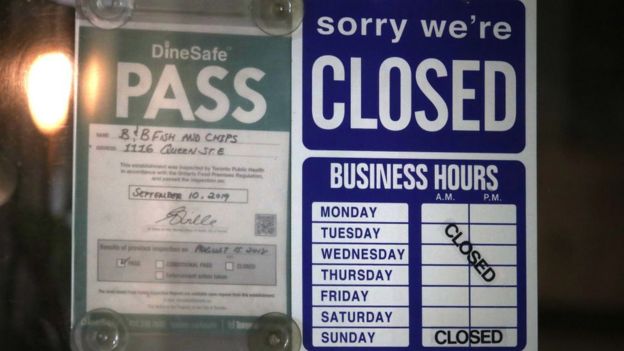 It has already paid out about $80bn in individual emergency economic relief, and intends to spend a total of $82.3bn on the wage subsidy programme in the coming year.

Almost 6 million Canadians are out of work, or a third of the workforce, and the government expects the unemployment rate to stay at about 10% for the rest of the year.

Last autumn, Finance Minister Bill Morneau projected the deficit for the upcoming year would be C$28.1bn – up from a deficit of C$14bn two years ago, before Mr Trudeau’s Liberal Party won a second mandate.

But the coronavirus shutdown triggered the country’s biggest economic downturn since the Great Depression, says a press release from the finance minister.

Canadian Chamber of Commerce’s president and CEO, Perrin Beatty, said the deficit and added debt, which is worth nearly half the country’s GDP, will “undermine Canada’s fiscal capacity for decades”.

“It is now time for Canada to transition from a subsidy-based crisis response toward restoring economic growth and getting Canadians safely back to work,” Mr Beatty said in a press release.

The last time the country had its credit rating downgraded was in 1995, from Moody’s Investors Service Inc.

At the time, Canada’s debt-to-GDP was at about 66% – the highest in the G7 – and interest rates were high.

Today’s debt-to-GDP ratio is lower, at 49%, up from 31% during last fiscal year, and interest rates are at historic lows.

Man in his 60s dead after tornado causes...

As the U.S. sends more Moderna doses to...